ROS® is a process-driven system that has helped multiple brands find a way to create step-change increases for franchise development and recruitment in a way that is predictable, sustainable, and measurable. Pillar To Post Home Inspectors, a home inspection franchise company headquartered in the US and Canada, joined CGI Franchise in 2019 to help fine-tune their recruitment process. 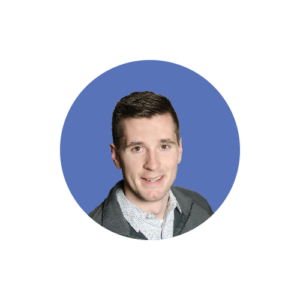 “We also knew we were at a point where we needed to expand the team because our goal became 100 new signings a year. We did not have a process to train people, and with the help of CGIF, we have now trained and onboarded four successful new recruiters within the past year. “ 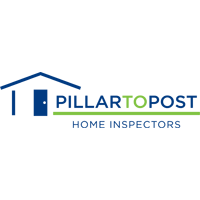 Pillar To Post Home Inspectors has been a highly successful franchise for 20+ years. However, around 2017, their recruitment hit a plateau, with the trend continuing through to 2019.

With over 5000 quality leads a year and highly experienced recruiters, they converted less than 1% of these leads into franchisees. Halfway through 2019, they had only converted 0.86% of their leads to signing a franchise agreement, totaling 21 signings. In 2020, despite Covid, the data was the same as in 2019.

The leadership of Pillar To Post knew that they had a great product and a great company model, but also knew deep down that they should be signing more franchise agreements each year.

Eric Steward, Director of Franchise Recruiting for Pillar To Post, and Art Coley, CEO of CGI Franchise, met at a franchising event. After a quick explanation from Eric, Art asked if the ROS® support team could assess their Franchise Development efforts. What became clear to the CGI Franchise team was that Eric had one very talented recruiter and three more who were trying to replicate what they felt was personality-based recruitment. That one recruiter was unconsciously competent when it came to recruitment but did not know how to coach everyone else to do what they did.

CGI was able to demonstrate that recruitment should be process-driven, focusing on the candidate and what that candidate was striving to achieve by becoming a franchisee.

We compared the performance metrics of each individual recruiter by mapping their efforts as closely as possible to the ROS® process. We identified the gaps and proposed a solution that included the Pillar To Post team going “all-in” on adopting the ROS® process.

The key result is that Pillar To Post has enjoyed a 59% growth in franchisee signing conversions as well as lowering their investment per signing since becoming a Brand Partner of CGI Franchise.

Implementing the Recruitment Operating System® has given Pillar To Post the ability to transform the company’s spirit and revitalize the mindset and performance of their team. The initial skepticism Pillar To Post had faded as they moved further into the process. CGI Franchise has not only given Pillar To Post a solid community to reach out to when needed, but it has also given them a more sustainable, predictable, and data-driven process to follow that will drive results year after year. Eric now leads a team of five recruiters and can pinpoint who needs what to have the most success. In Pillar To Post’s case, they learned that they did not need to add more; instead, they needed the right tools. After aligning to the ROS® process, implementing best practices, and adding Discovery Day into the mix, they hit the ground running and have not stopped since. Pillar To Post was named No. 1 Home Inspection Franchise in 2021 Entrepreneur Rankings.

If you’d like to discover if ROS® is right for your brand, we invite you to reach out and start a conversation.

Set an Appointment
Scroll to top