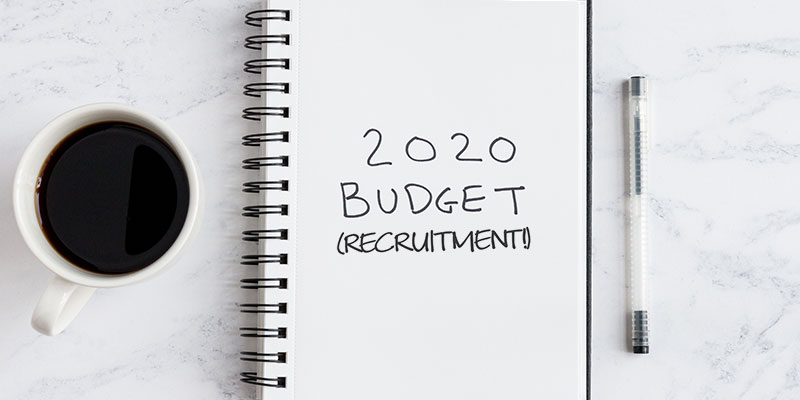 If you didn’t get a chance to listen in on the webinar Art and Josh hosted in December, 2019, we invite you to have a glance at our takeaways from the webinar below.

Use a Franchise Budget to Win the Recruitment Game

Expansion is a subject Art Coley and Josh Wall know a thing or two about. Coley, the CEO of CGI Franchise, and Wall, the Chief Franchise Officer of Urban Air Parks, are experts in the field of franchise recruitment, having guided the development and growth of successful franchise businesses for decades.

Coley and Wall recently joined forces to host a webinar, “Building and Managing a Winning Recruitment Budget,” sharing their expertise on the often-overlooked opportunity to deliver franchise growth—budgeting for recruitment success.

According to Wall, the key to growing a successful franchise lies in recruiting the best possible franchisees. And he feels that budgeting for the recruitment effort is of the utmost importance in a franchise development strategy.

“When I started in the franchise-recruitment space, the founder of our company did the franchise recruitment himself,” Wall says. “That, of course, is not uncommon, especially for an emerging brand. We didn’t have any allocated budget for the resources it would take to bring one unit on, let alone our goal of, say, five or ten units.”

Coley also reflects on the limited resources available when both he and Wall started in franchise development. “Josh and I have been to the rodeo at all levels. We’ve had to do planning and recruiting when we the recruitment team, just as one person.”

Wall describes an important turning point in his career. “Thankfully, I got a chance to be a part of the International Franchise Association and got to know people like Art Coley. I learned how successful franchisors grow with intention.”

He explains that the critical first step to recruitment success is to visualize where you want to end up. “Stephen Covey, the author of 7 Habits of Highly Effective People, says that you begin with the end in mind. As development leaders, we may be given a goal by a CEO or board of directors to achieve a certain number of signings or unit openings per year. So it’s important to know what it’s going to take to do that from a resource standpoint.” And a well-thought-out budget is where the rubber meets the road.

Wall says it’s vital to communicate what you need to your CEO or board of directors. “It’s incumbent on me, as a leader and someone who is accountable for the goal, to fight for what I need. If I don’t do that, that’s on me. That’s not on my CEO or my board—they’re trusting me with those decisions.”

“And remember, it’s one thing to ask for resources, but it’s another thing to have the data to support that ask. You have to get a message to your CEO or board of directors—how can we possibly be serious about acquiring new signings if we’re not serious about budgeting for them?”

Coley says that a detailed budget will also enable you to detect warning signs that your franchise recruitment process is in trouble. “If you’re not getting return on investment or aren’t hitting those metrics, without a good plan and budget, it’s like being on a hike in the wilderness with no map or compass! It can be a life or death experience.”

Coley and Wall agree that the key to expansion success is examining how to improve the franchise development recruiting team’s performance. Here are a few of their recommendations:

At CGI, we hear people say all the time, “We need more leads.” That can be a trap. When we hear that, we usually see that a lack of leads isn’t the root cause of the problem. Time and again, we work with brands that actually get enough leads, but it’s how they those leads in the franchise recruitment process that’s not working. The problem could be performance of the recruiters, but everybody is caught in the belief that it’s just a lead-generation problem.

We’re a big believer in zero-based budgeting. Quite frankly, it’s harder to do, but it’s worth the effort. It takes more time to clean the slate. It’s tempting to just say, “Well, how much did we spend last year? This year, maybe we can spend a little more.” We’ve found that if you start with a zero-based budget, it forces you not to carry over unofficial sacred cows. Blow things up a bit (or a lot), by saying, “What’s it really going to take to hit our goal this year?”

Let’s say you have a goal of 50 signings for 2020. That’s 4.16 signings per month. But the real challenge is to predict exactly signings will happen. What do you anticipate happening throughout the year? Start by breaking projections down on a quarterly basis. Look at your pipeline to see what activity might generate a signing in January—versus June or July—to help you account for cash flow. Your CEO will thank you.

Remember to account for money you should invest to get in front of referral networks, go to their shows and conferences. Also, there should be dollars spent to promote a referral program with your existing franchisees.

Don’t Let December Get You Down

Don’t think that the recruiting season is over in December just because it’s the end of the year. That’s not true. People are looking to the new year, looking at making a change in their life, imagining what they want to accomplish. Often the holidays are when they reflect on that more than ever. Get out there and don’t back down on the recruitment.

Remember Why You Do This

In franchising and development, remember that you’re dealing with people and their dreams. They call us because they want to make a change in their life, they want to accomplish something more. People want to reach the point where they’re better off tomorrow than they are today—for themselves and the people they love. We have an obligation in this industry, especially on the recruitment side, to give them the very, very best discovery experience possible.

Fill out the form below for a no-strings-attached follow-up budget assessment!

Why Do I Need a Franchise Development Budget?